Many patients who suffer with vertical heterophoria find themselves extremely anxious in big open spaces with high ceilings. We feel this happens due to the phenomenon of visual vertigo. There is so much visual input coming in, the person feels overwhelmed. The increase of visual stimulus along with movement causes the dizziness to increases. This then leads to even more anxiety. This can also happen when a person with vertical heterophoria tries to cross a busy street. The dizziness can increase leading to an increase in anxiety. Over time, this anxiety can become so intense that the person can not leave their home. These patients become agoraphobic. 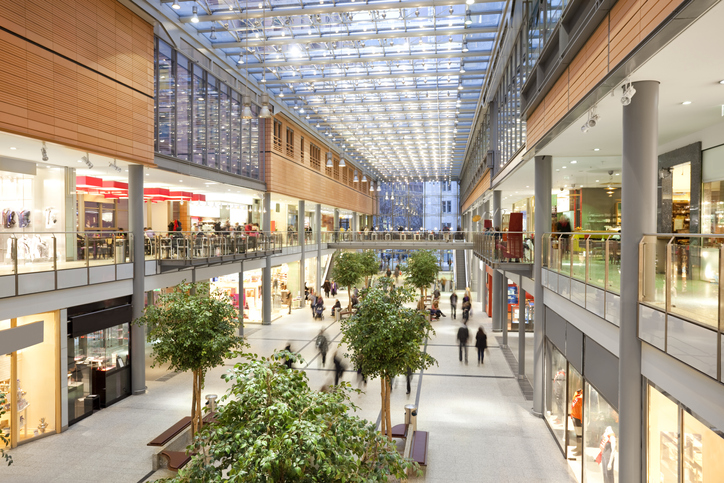 Many patients who suffer from vertical heterophoria (VH) find themselves extremely anxious in large, open spaces with high ceilings, such as malls or big box stores. Such places can feel extremely chaotic to people with VH, and even a short trip can be exhausting. The bright fluorescent lights, a dizzying array of products and noise that comes from the combined sounds of carts moving, people talking, children crying and check-out stations beeping can be very overwhelming. The resulting fear and anxiety are known as agoraphobia, which I believe is due to the phenomenon of visual vertigo.

How Visual Vertigo Can Lead to Agoraphobia

Visual vertigo is something that occurs when an overload of visual stimuli triggers dizziness. There is so much visual input coming in that the person feels overwhelmed. When combined with movement, this increased visual stimulation causes the sensation of dizziness to increase, leading to even more anxiety. This feeling is most often experienced by VH patients when they’re driving due to the increased amount of visual stimulation on either side of the car, though it can also be brought on by something as simple as trying to cross a busy street. This cycle of dizziness and anxiety can cause a person to lose their sense of control and perspective. Over time, these feelings become so intense that the person becomes agoraphobic: too fearful and anxious to even leave their home.

The Effects of Vertical Heterophoria

In order for your eyes to “see,” the brain has to be able to take the images you’re seeing and combine them into one clear image. With the binocular vision disorder known as vertical heterophoria, the eyes are moved out of alignment and this process is interrupted, which means the brain is forced to find another way to bring these images into focus. It forces the eye muscles to move the eyes back into the correct position. The consequence of this, however, is that those muscles become sore and strained, resulting in headaches, problems with coordination and balance, neck and shoulder pain, and dizziness and anxiety.

Get Help at the Neuro Visual Center of New York

It would be interesting to study how many agoraphobic people have dizziness as a symptom. At the Neuro Visual Center of New York, we use specialized neurovisual testing to diagnose VH and other binocular vision disorders. For those whose dizziness is caused by vertical heterophoria, eyeglasses with prismatic lenses can help. We invite you to fill out our BVD questionnaire to evaluate if you might have VH or some other type of binocular vision dysfunction. You can also give us a call at (516) 224-4888 to schedule an appointment.

I never really had headaches before this year, but my balance felt off, I felt crooked. We went to a lot of doctors until my pediatrician said to go to the eye doctor. I suffered academically and socially because the headaches started to get worse and they were constant. They rarely let up. The morning was the worst, I was nauseous every morning. This went on for three months until I came to Dr. Israeloff. We never thought it was my eyes because my eyesight was always fine! What a wonderful s… END_OF_DOCUMENT_TOKEN_TO_BE_REPLACED

Unfortunately, I have been suffering from migraines since I was 7 years old. I spent countless hours in doctors’ offices trying to resolve this issue but was left unrewarded. I started wearing glasses when I was in elementary school but they did not relieve my headaches. Being an active child, I found that these headaches hindered my ability to participate in certain activities. As the years went on the headaches became more frequent and debilitating, leaving me with symptoms of nausea, vomiting… END_OF_DOCUMENT_TOKEN_TO_BE_REPLACED

For years I have suffered from migraines and more recently severe neck pain. Dr. Cheryl took one look at me and knew what was wrong. She explained that my neck pain was due to tilting my head to compensate fro my vision deficits. Tilting my head was a way to stabilize my vision but it was taxing my body. She asked me a variety of questions, which ranged from when I experience pain to how I feel in crowds. I would have never known that all of my anxieties in crowded places and my inability to wal… END_OF_DOCUMENT_TOKEN_TO_BE_REPLACED

Prior to being treated by Dr. Cheryl, I constantly felt off balance. I had suffered from frequent migraines since I was 12 years old. I often suffered from neck/ back pain, and always felt like I was straining my neck and/or tilting my head to focus on the computer. My family had always noticed that I walked a bit sideways as well, but they attributed that to me being “clumsy”. I had awful anxiety about walking down flights of stairs or through the mall, as I always had this irrational fear of f… END_OF_DOCUMENT_TOKEN_TO_BE_REPLACED

Unfortunately, I have been suffering from migraines since I was 7 years old. I spent countless hours in doctors’ offices trying to resolve this issue but was left unrewarded. I started wearing glasses when I was in elementary school but they did not relieve my headaches. Being an active child, I found that these headaches hindered my ability to participate in certain activities. As the years went on the headaches became more frequent and debilitating, leaving me with symptoms of nausea, vomiting… END_OF_DOCUMENT_TOKEN_TO_BE_REPLACED

I was never happy with my vision. I always felt things didn’t look quite right. Everyday, I would suffer from eyestrain and tension at my temples. I went to many eye doctors and they all said my eyes were fine. At a routine eye appointment with Dr. Cheryl, I complained about these feelings of strain and eye pain. She asked tons of questions and did the most detailed eye exam that I ever had. She not only tested my vision in each eye but she tested how my two eyes worked together. My problems wer… END_OF_DOCUMENT_TOKEN_TO_BE_REPLACED

My family would always tease me about how clumsy I was. I couldn’t even walk in a straight line. This got worse as I got older until I tripped and fell in the subway. I became so nervous to go out because I couldn’t walk straight or judge how to step off a curb. I consulted many doctors who diagnosed me with anxiety disorder. I really didn’t think I had anxiety disorder at all. I was anxious because I was afraid I was going to fall due to my poor depth perception. I learned about Dr. Debby Feinb… END_OF_DOCUMENT_TOKEN_TO_BE_REPLACED